The sun sets on FarmVille at the end of 2020

"Following an incredible 11 years since its initial launch back in 2009, we are officially announcing the closure of the original FarmVille game on Facebook" 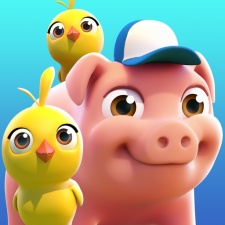 Mobile games specialist Zynga will shut down the original FarmVille at the end of the year.

As detailed in a site update, one of the reasons for the decision is that Facebook will stop supporting flash games after December 31st, 2020. The reason being that Adobe will stop distributing and updating flash player across all web browsers.

"Following an incredible 11 years since its initial launch back in 2009, we are officially announcing the closure of the original FarmVille game on Facebook," said Zynga.

"As previously stated, Adobe will stop distributing and updating Flash Player for all web browsers, and Facebook will stop supporting Flash games on the platform completely after December 31st, 2020. FarmVille will, therefore, be directly affected as a result of this."

End of an era

However, despite the game coming to an end, players may still make in-app purchases until November 17th, then FarmVille's currency system will be switched off. While the currency may no longer be purchased, and refunds cannot be offered, users can still use the credits they have.

The game itself will run until December 31st, and then it will be shut down, setting the sun after 11 years.

It isn't the end of the franchise though, far from it. Players around the world can still enjoy FarmVille 2: Tropic Escape, which was launched for mobile devices in 2012 and will soon be able to enjoy FarmVille 3 on smartphones too. The latter title was soft-launched in July 2019.

"We hope that the in-game experiences we've developed over the years have provided you with the highest level of entertainment that we strive to fulfil here at Zynga. We look forward to you joining us in Farmville 2: Tropic Escape and the upcoming worldwide launch of FarmVille 3 on mobile," said Zynga.