It was first announced for the service one year ago 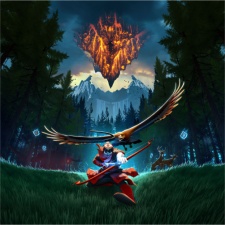 The game was supposed to be a headline title for the subscription service last year. However, it was one of many games that were not available when Apple Arcade was released in September 2019.

Instead, the game will make its long-awaited debut one year after it was announced for the service.

Not only will the game be available on iOS, but it will also appear on PlayStation 4, PC and the next generation console, PlayStation 5, as a launch title.

At launch, Apple's subscription service boasted 71 games. However, Apple Arcade was supposed to be released with 100 games available, though it did achieve that number by November 2019.

Earlier this year, it was predicted that more than 12 million people would be subscribed to the iOS service by the end of 2020.

Since then, the tech giant has confirmed that it will roll all of its subscription options, including Apple Arcade, into one package deal, Apple One. There will be both standard and premium tiers available.