"We absolutely will end up on iOS with Game Pass" 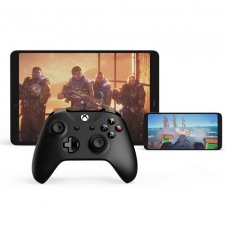 Microsoft may potentially bring xCloud to iOS devices via a web-based app.

As reported by Business Insider, Xbox boss Phil Spencer told his staff that the company is currently looking at a "direct browser-based solution" to get its cloud gaming service on to Apple devices.

Spencer is so confident that the big M will find a workaround, that he told employees "we absolutely will end up on iOS with Game Pass."

Should Microsoft pursue the web-based route, it would be totally separate from the App Store which prevents it from breaching any rules and regulations set for the storefront.

Initially, xCloud was available on the App Store in its closed beta period. However, much like Stadia, Apple insisted that the Xbox cloud gaming app breached its policies and thus it was removed.

Last month, Apple did revise its policies to allow the streaming service on its storefront, but it came at the cost of submitting each game individually for review. Therefore, Microsoft was still not satisfied with the outcome.

Recently, Amazon also entered the cloud gaming market, and is available on iOS via a browser-based app. However, the retail giant worked directly with Apple to make this happen.

"We worked with the Safari team to ensure that some of the things that weren't there are there, and that allowed us to kind of get to where we are today," said Luna head of engineering and technology George Tsipolitis to Engadget.