“It’s for those who want to feel like kids again" 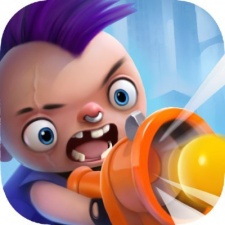 As reported by GamesBeat, the funding was led by Level-Up, an investment company based in Luxembourg.

Donut Lab's new title is exactly what it says on the tin, as players take on the role of kids against the undead. However, while teamwork may feature, so does PvP meaning the kids can turn on each other.

Kids vs Zombies, currently in Early Access for Android devices, is aimed at adults, those who want to reconnect with the child hidden away inside them.

“It’s for those who want to feel like kids again,” said Donut Lab co-founder Tim Raiter.

“The kids don’t kill each other. They kill the zombies. But it’s really about players fighting against boredom.”

“For the mainstream audience, we really wanted to make the game without a lot of violence. They are fighting against mediocrity, boredom, and the adults who become the zombies.”