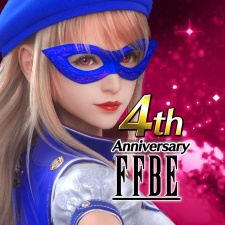 The milestone has been hit just over four years after its worldwide release. Final Fantasy Brave Exvius has proven to be a valuable title for Square Enix in this fiscal year.

As a means of thanking players, all users will be given various rewards upon next logging into the game.

There will be a variety of in-game events to celebrate the milestone. Starting today, players will be treated to a Final Fantasy II themed event. Included are free character summons and a range of limited-time awards.

Players can also summon new units and can face off against Leviathan, a monster found within Final Fantasy II.

Square Enix got off to a great start in its fiscal 2021 year, as it generated $818.2 million. One of its most significant driving forces was War of the Visions: Final Fantasy Brave Exvius, which was released earlier this year.

Moreover, the Japanese firm will hope to see success with Nier Reincarnation as the mobile title is set to hit North America and Europe, though no release date has yet been given.