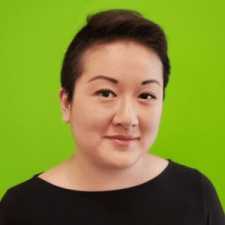 Pocket Gamer Connects Digital has returned once again, set to bring together some of the finest voices in the games industry and beyond.

PGC Digital #4 takes place on November 9th - 13th. To give you a taste of what to expect, we'll regularly be publishing interviews with the speakers at the show.

The conference spans across five days and will feature a broad selection of tracks, talks and speakers, as well as various fringe events and a new and improved meeting system. For more details on PGC Digital and to book a ticket, head to the website.

Today's spotlight is on Carol Miu, Chief Product and Analytics Officer at PeopleFun. Miu specialises in free-to-play mobile games and has managed multiple teams across the globe. She'll be heading to PGC Digital #4 to share her expertise in a talk called 'Wordscapes: How the world's most popular word game boosted LTV by 40%'.

PocketGamer.biz: Tell us a bit about your company?
Carol Miu: PeopleFun was established in 2011 and is a studio that prides itself in encouraging collaboration and creativity in a fun, teamwork driven environment. The studio is growing at a rapid pace while continuing to create the best family-friendly casual games in the mobile market and having fun doing it. Over twenty-five million people per month play our games, which includes Wordscapes, the #1 word game.

At PeopleFun, I am responsible for product strategy and business performance across the portfolio. I also manage product managers, analysts, and user researchers across game teams.

Games have been a part of my life since I was five years old. I first started playing Nintendo Entertainment System in 1985. I played as many consoles as I could and eventually expanded to PC and mobile.

An interesting factoid about me - I was a finalist at the 2010 Nintendo Wii National Championship where I played Wii Bowling, Basketball, Hula Hoop, Mario Kart, and Super Mario. I was the Regional Champion in the Southwest on a team with my husband, and from there, we moved on to Nationals.

I love games, and working in an industry I’m passionate about is a perfect fit for me.

Play lots of games. As you play, think critically about them and how they were designed or potentially how certain decisions were made. Think about how the game speaks to players and how it entertains them. Think about the market potential and business case for the game. Take those learnings and look for a job in the industry or make your own game.

It’s been an interesting ride. We didn’t predict 12 months ago that we would be in unprecedented times. Games bring people together socially, and if it weren’t for games, many people would feel more isolated in the current climate of our world. Gaming has made these times easier to deal with, keeping people social, and allowing people to play together while apart.

Mobile gaming has grown exponentially and broad market casual in particular has grown tremendously. The opportunities for monetisation have also grown, including new tech and formats for ad monetization as well as in-app purchases.

I’m excited to network with other gaming professionals at Pocket Gamer Connects Digital #4 - a great forum to share ideas and learnings, and to make new friends.

The full conference schedule is now live, featuring 16 tracks and over 200 expert speakers. You can also check out our other track rundowns and coverage of previous Pocket Gamer Connects conferences ahead of the event itself.

Speaker Spotlight: Tilting Point's André Cohen on IDFA and the evolution of data in games

Speaker Spotlight: IDGA's Renee Gittins' advice on how to break into the games industry