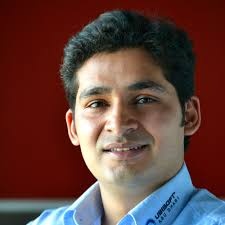 The MENA market is on the rise, and as its game development scene flourishes, more opportunities for developers to make the leap are opening up.

Ubisoft is one prominent global brand making its mark on the region, with its successful Abu Dhabi branch. The studio has created a handful of mobile titles, including hidden object games based on CSI and NCIS, and it has also dabbled in hypercasual with the acquisition of Growtopia.

However, while the region is evolving fast, there are still some challenges that come along with entering it, as discussed throughout our Marvellous MENA track at PGC Digital #4.

As part of Pocket Gamer Connects #4, Peeyush Gulati, production manager at Ubisoft Abu Dhabi took to the stage to talk about managing game production in the MENA, and the challenges that come with it.

"The MENA region is one of the fastest emerging markets for online gaming," Gulati tells us.

"Developers are paying more attention to the Arabic gaming sector, but each region has its own localised challenges."

Gulati goes on to discuss how the government and educational systems are slowly evolving to accommodate a thriving games industry, but there is still work to be done. Recognisable brands like Ubisoft are paving the way, but opportunities outside of large companies are tough.

"Local ecosystems are growing at a limited pace," he says.

"The government and institutional boards for gaming are still upcoming, and there's a lot of traction, but it's slow compared to the west."

"Opportunities are limited for developers too," he continues.

"Everyone wants to work on Assassin's Creed, but creating games like these need huge teams and the ecosystem needs to be more advanced. We're not there yet, but we are accelerating at a good pace to get there.

"Mobile is a fantastic area which has shown tremendous growth, and is a great place to start."

There is still work to be done in helping studios and developers get out into the MENA region, as well as creating new talent within it.

"Talent acquisition is hard, it's a global problem, but when we talk about the MENA region, developers coming to the region is a big transition," Gulati says.

"There are efforts to be made to educate the upcoming generation in game dev, to create a wider talent pool for the next 10/20 years."

With Ubisoft being somewhat of a flagship gaming brand in not just the MENA region, but the world, the studios wants to encourage more education and opportunities for rising talent to get into game dev. The company launched Games Lab, which is enabling Emirati students to create video games.

"We want to help educate the upcoming generation in game dev, to create a wider talent pool for the next 10/20 years," Gulati adds.

"Our goal is to develop games from MENA for the world. We want to show that the MENA region has a lot of potential and that games can be created from any place."