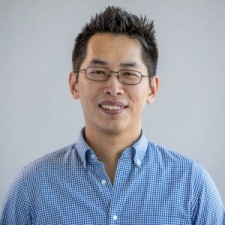 There are two types of games in this world, those that are based on an established IP and ones that are original.

Crunchyroll's games arm is actually quite a new initiative, having only begun a couple of years ago. Typically, the company is best known as an anime streaming service.

However, the games market has offered Crunchyroll a great opportunity. As such, the company will grow to work on non-IP games as opposed to maintaining its anime focus.

Personally, Li has gained experience with non-IP games. Perhaps the best-known one is League of Legends by Riot Games.

"Most people, when they think of IP versus non-IP, categorise it," said Li.

"There is a difference between a canon universe and an IP that has slight recognition but does not have a wealth of characters and story that are already known."

When a game does not have a canon and is not based on an IP, games companies have more freedom.

"When you're working with a lot of Eastern IP, the holder is a little more guarded on how far you can take the in-game storyline and new characters," said Li.

"I find it more interesting to work on a non IP based game."

Li claimed to prefer this due to being able to create a whole universe and unique stories. Moreover, the company has a better say in how many games will be in the series and how it will expand.

"There is a fine line for being as broad as possible and as applicable as possible," said Li.

"When it comes to non-IP, it is important to define the storyverse that the game has."

For non-IP-based games, there is more of a need to educate the player. Moreover, when it comes to designing a character, it is important to consider the target audience and whether or not they will relate to those characters.

"There is a lot more work that goes around building a non-IP effort," said Li

However, Li acknowledged that both forms of game creation are equally challenging; they just have different problems to overcome.

"It's harder and harder to create a US-centric game and push it to the rest of globe," said Li.

Furthermore, the company needs to understand the story of the game, and how the characters will be received to where in the world the game is targeted. Moreover, depending on the region, there may be some cultural differences, which need to be reflected in the game.

Non-IP games need to have extensibility and need to have well-defined games mechanics. Moreover, it is crucial to determine not only what space is the game in, but who is the biggest competition.

Furthermore, to release an original IP effectively, timing is crucial. If a non-IP title is released at the same time as an established IP, such as Avengers or Final Fantasy, then it can be harder to attract the audience.

"To make an IP attractive in general, you need to work on the universe around the game," said Li.

PGC Digital: Understanding how to pitch to a publisher