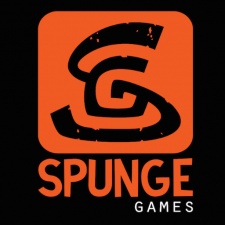 "A publisher is crucial to the process," Spunge Games senior manager Mark Fludder explained from his experience of developing hypercasual titles.

"When developing a game you then have the challenge of discoverability to find a market. You need a way for the audience to become aware of what you're doing."

This comment was made as part of a Fireside Chat with Steel Media developer evangelist Sophia Aubrey Drake and Kwalee senior publishing manager Jake Parker on the topic of 'How we Transitioned from Successful Casual Games Developer to Hypercasual' at PGC Digital #4.

The biggest differences between the two genres were agreed that hypercasual is more focused on finding a broader appeal and mass market, as well as a much faster-paced development cycle.

"One of the biggest things is the change in development cycles that allow you to work quite quickly on a concept or build something that's testable, then verify whether that has market potential," said Parker.

Based in Brisbane, Australia, Spunge Games was founded in 2014 and originally began developing casual titles before moving on to hypercasual. The studio has released seven games and has amassed an estimated 80 million downloads worldwide.

"There can be a bit of a trap with hypercasual to think of them as disposable," said Fludder on the common issues developers could face.

"How many quick tests can I do? How quickly can I do them? I need to do 100 to make a good game, so let's smash them out and we'll hopefully find that [one] piece of gold. "If you take that approach, it's hard to have a long-term vision for what the studio is going to do.

Fludder added: "You're sort of putting all of your eggs in one basket."

Earlier this month, Kwalee revealed that after a recruitment drive, the company has now reached over 100 employees.