Unity vs. Unreal vs. Godot vs. Cocos2D/LibGDX 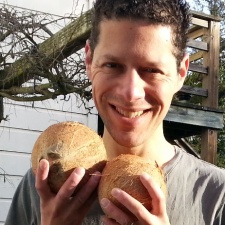 Game studios and those starting out should be encouraged to explore the many different types of developer tools available on the market today.

This was the message Double Coconut founder David Fox explained during his talk at PGC Digital #4 on 'The Future Tools of Game Development'.

Starting off with the native iOS/Android engines Cocos2D and LibGDX, Fox detailed that while both may be the most performative and the "expertise is easily available" to pick up through them, there is actually a lot of different code for different platforms and very few tools actually for "non-coders".

Unity was described as one of the best on the market today, thanks to its numerous assets and support, medium learning curve and the de-facto standard for mobile devices. However, the question of price is held against it alongside forcing developers to work in a certain way.

Unreal was next discussed and praised for how "hugely powerful it is out of the box" as well as it's gorgeous 3D and feasibility with prototyping. Though, Fox did lament there is a steeper learning core with the tools being quite complex and again an issue of cost.

Finally, Godot was discussed and while it possesses less GUI for non-coders and is tougher to do more complex builds, it's MIT license is completely free and possesses a strong community.

By this I mean put it through its paces all the way from assets creation to running it on the final device that you want to target. Have your team create some real assets in the game and try to modify them how you typically would.

The Yerevan and San Francisco-based developer began 10 years ago, now having worked with Warner Bros. Microsoft, MIT, and Cartoon Network to name a few. Titles from the studio include Rootbot, Deal or No Deal, Muhammad Ali: Puzzle King, and Race Champ Slots.

Fox previously appeared at PGC Seattle where he shared advice on becoming a success in hypercasual.

Report: Telltale Games to ditch its own its own tech for Unity game engine

Stugan: Indie devs share how to choose a game engine