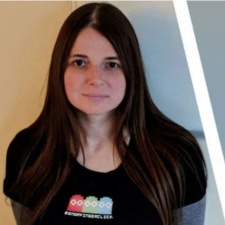 Game developers should take advantage of the growing Twitch audience for "endless free user testing" among many other benefits.

The advice was shared by Snap Finger Click design director Joanna Haslam during her talk at PGC Digital #4 on 'Playing with Your Viewers: Making Games for Twitch'.

Founded in 2015, the Brighton-based studio first launched Act it Out, a mobile alternative to Charades that garnered an audience via Twitch after Snap Finger Click introduced a dedicated mode for the platform. This included an integrated camera that helped make acting more visible and a way that allows the game to detect viewers answers in the Twitch chat.

Following community feedback, the studio made further improvements such as more camera options, follower notifications and timing settings which then helped the game to establish an audience among mid-sized channels.

As of February 2020, Twitch receives 15 million daily viewers and 3.2 million monthly streamers. The latter of which grew by a million over the last 12 months.

"What's great about Twitch is that it showcases your game to potentially thousands of people," said Haslam.

"If you can get a big channel streaming your game, it's like free advertising. It's really powerful and can really show off your game in a way you can't do with trailers and traditional forms of advertising."

Haslam has worked as a game designer for over 12 years, starting out on the BAFTA award-winning Buzz franchise, before working on several mobile titles including Furby Boom, Enigma Express, and the official Fantastic Beasts game.

Haslam previously spoke at Pocket Gamer Connects London 2020 about why game design documents are not outdated and why they can actually bring about lots of benefits.