"EVE recently broke a world record for a PVP battle with 8,825 players participating" 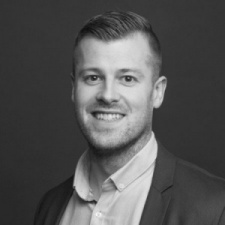 There are multiple platforms within the games industry. All of which can aid one another when it comes to bringing in new players.

There is a bit of a learning curve to getting into EVE Online, but those that do get into it "wear it as a badge of honour."

EVE Echoes, the mobile version of the game was created in partnership with NetEase and has aided CCP in gaining numbers for its PC game.

"This partnership started in 2017," said Kormáksson.

NetEase was a good fit due to having much experience in the mobile space. Moreover, the company had experience in bringing PC and console games to smartphones.

Both the PC and mobile versions of EVE support more than 7000 star systems, with plenty of weapons and multiplayer. The smartphone version, EVE Echoes, was created to be as close to the EVE Online experience as possible.

Furthermore, the game had 6,557 concurrent players in a multiplayer video game PVP battle. This is also a new world record.

COVID has had a massive impact on our users," said Kormáksson.

For EVE Online. There was a 53 per cent increase in daily active players due to the coronavirus, back when the lockdown was first implemented. Meanwhile, monthly active users also saw a rise during the pandemic, of 45 per cent.

For the long run

Furthermore, the biggest increase in cohorts has occurred in long term players, some of which have played for over a year. Kormáksson has claimed this could be due to reactivations.

There have been a vast amount of reactivations for the game for older players.

COVID-19 and EVE Echoes have had a significant impact on the number of new players that EVE Online has seen.