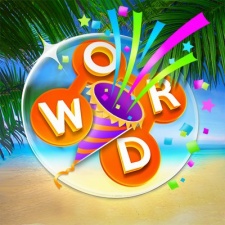 Wordscapes managed to increase its life-time value (LTV) by "testing and tuning" tournaments, according to PeopleFun chief product and analytics officer Carol Miu.

Speaking at PGC #4, Miu explained that the studio's focus on key features post-launch as well as solo live op events and the implementation of tournaments has helped the title evolve over the years, retaining a loyal player base.

WordScapes launched in 2017 and had gone on to generate more than 120 million installs and boasts more than five million daily users. According to the developer, it is also the world's number one mobile word game.

"For major tournament learnings, the introduction of a tournament itself on the weekend boosted our LTV by 20 per cent on its own," said Miu

"Subsequent testing and tuning for bracket size boosted us another eight per cent or so," Miu explained.

By increasing the bracket size of Wordscape tournaments from 50 to 100 players, the eight per cent LTV difference shortly followed. However, when looking at increasing that bracket number again to 250, the LTV failed to grow further. This was put down to users being so far down the leaderboard that they couldn't "fight their way back up".

Reply
Elena Jackman Solving games at wordscapesmate
Here you can get the wordscapes levels solved, all 10,000! https://wordscapesmate.com
Posted 1 year, 7 months ago