"We are both warmed and excited by these early figures" 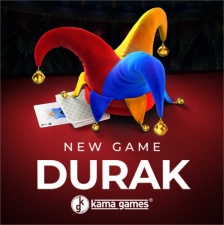 The game is especially popular in Russia. Due to its download figures, KamaGames is confident that a high-quality version of Durak will see success in the future.

Initially, the mobile card game was released in soft launch in August on the App Store, Google Play and Huawei App Gallery. Since then, not only has Durak picked up 1.5 million installs, it has also seen a day one retention rate of over 45 per cent.

"We are both warmed and excited by these early figures - even more so as the game itself is still in its soft launch phase and is continuously being improved upon," said KamaGames CEO Andrey Kuznetsov.

"Durak is an already engaging and dynamic game, but within it exists an incredible potential to build on our current offering.

"This has been some time in the making, and despite challenges thrown up by the pandemic, I believe we have created a product that will hit the right note with players in the Russian and CIS region."

The Dublin-headquartered company is best known for its social casino apps. Earlier this year, it partnered with Hard Rock to launch Hard Rock Blackjack.