"The best games are built by small, passionate, talent-rich, multi-disciplinary teams that are open to and quick to react to player feedback" 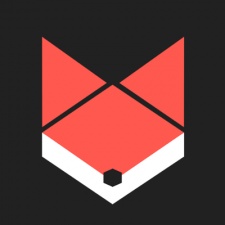 March Gaming led the investment. However, there was further participation from Hiro Capital and 1Up Ventures.

The Seattle-based studio was founded last year, by Ryan Hanft-Murphy, Jordan Arnold, Rex Downham and Tony Tewes. Between them, they have experience from companies such as Zynga, King, EA and Disney.

"We believe there is huge demand for compelling synchronous, real-time competitive experience on mobile, just as there is on pc and console," said March Gaming's Gregory Milken.

However, the market is currently underserved with few offerings designed for short session mobile play; we believe the Lightfox offering captures incredibly compelling mechanics and gameplay typically found only in much longer session core platform games."

Lightfox Games plans to use its newfound fortune to grow its team, and finance its first project, Super Battle League. The game is a real-time three-versus-three title with both PVE and PVP.

"The best games are built by small, passionate, talent-rich, multi-disciplinary teams that are open to and quick to react to player feedback," said Lightfox Games CEO Ryan Hanft-Murphy

Head of product, Jordan Arnold added: "We want to develop experiences that create shared stories among players when they play with their friends, and we want to ensure there is depth and progression that keeps them entertained and rewarded for a long time."