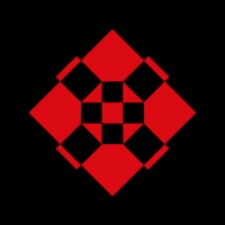 Furthermore, the majority of Ten Square Games' earnings was generated in North America and Europe, with 42 per cent and 38 per cent, respectively. Meanwhile, the Asian market made up 14 per cent of revenues.

Ten Square has attributed its success to its flagship title Fishing Clash, which made €36 million ($42.8 million) in quarter three, an increase of 182 per cent year-on-year and three per cent quarter-over-quarter.

"We are very pleased with our strong performance in the third quarter of this year, which is the effect of our well-timed decision to increase marketing investment this spring and the continuous improvement of our games," said Ten Square Games CEO Maciej Zużałek.

"Also, we consistently invest in new product development. After running global tests of three new games over the last months, we have decided to focus on further improvement and scaling of 'Hunting Clash'. Our new outdoor hobby title has generated results that look very promising on the present stage of its life cycle, in several parameters close to those 'Fishing Clash' had at the moment of launch.

"In our product pipeline, we currently have five live projects, one in advanced production and several more in various early stages of development. As we are working hard towards long-term diversification, a new studio in Berlin and some potential M&A deals should soon be on their way."