"Exceptional culture is a must to create a global success story, and we are committed to creating this culture with exceptional people" 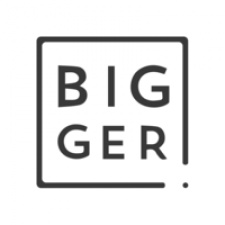 "The Bigger Games team is made up of some of the best in the industry, having played an instrumental role in helping Peak Games reach $600m in revenue at the point of acquisition," said Dolfe.

"On the back of their experience and successes, they've already attracted great talent, and we're excited to support them as they continue to expand their studio for casual puzzle games out of Istanbul, a city that is quickly emerging as the new hub for games."

The Turkish company was founded by three former members of Peak Games – Hakan Ulvan, Yagiz Akpek, and Erkan Gurel – which was acquired by Zynga earlier this year. Currently, Bigger has 16 team members, with plans to expand in the coming months, particularly in its product and marketing departments.

So far, the studio's games have racked up more than 75 million downloads. Through the investment, Bigger Games hopes to work on more casual puzzle titles.

"Exceptional culture is a must to create a global success story, and we are committed to creating this culture with exceptional people," said Bigger Games co-founder and CEO Hakan Ulvan.

"We believe that there are great opportunities in the market, driven by a very large audience eager to try different types of games. We have a tremendous amount of know-how in how to make legendary mobile games, and we look forward to putting that to use, and bring the best entertainment experiences to our players."