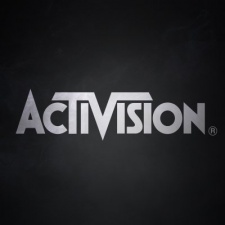 As spotted by The Hollywood Reporter, the US-based games giant has claimed that Netflix is guilty of "poaching executives" from its competitors. Furthermore, the company disregards the contractual obligations of those it hires.

Neumann had joined Activision as CFO in May 2017 and was poised to hold the position until at least April 2020. However, the games giant has claimed that Netflix "induced Neumann to breach his employment contract with Activision."

In recent years, the streaming platform has made it clear that it intends to move into the games space.

During his time with Activision, Neumann was heavily involved in the negotiations between Netflix and the games specialist, as the latter sought a way to "expand its linear media content."

As part of its persuasion, Netflix is said to have offered to cover Neumann for any legal representation he may require due to breaching his contract with Activision.

Activision has asked for a permanent injunction that will prevent Netflix from poaching its members of staff. Furthermore, it is seeking monetary compensation for damages.

The US-based games behemoth is not the first company to sue Netflix over the poaching of staff. Last year, entertainment giant Fox won its own case against the streaming platform.