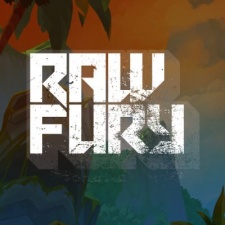 As detailed in a blog post, the company has chosen to do this to be transparent. Raw Fury hopes to educate developers on what could be in a games contract and what to expect from the publishing process through publishing its agreement.

Furthermore, to support devs that may not use English as a first language, Raw Fury has had the agreement translated into various languages, including Spanish, Russian, French, Japanese, Croatian and more.

Raw Fury hopes that other publishers will follow in its footsteps, offering a similar level of transparency as a means of “leveling the playing field.”

“We believe having publisher contracts out in the open helps level the playing field, and allows devs to have a more intimate understanding of the machinations of different deals when they start looking for partnerships,” said Raw Fury CEO Johan Toresson.

“We hope sharing this knowledge can help combat shady practices where predatory people and companies fleece devs by virtue of this knowledge being so scarce, trapping developers in bad deals through the obscurity of legal jargon.

“When you’ve been in the industry for a while, you start hearing the horror stories, and while this is not going to end all of that – it is a step in the right direction.”

Moreover, through its published agreement, Raw Fury hopes to “lower the barrier of entry to the industry.” It wants to help developers that are in regions where contracts and deals may not be a regular occurrence.

“By putting our publishing agreement out there, we hope to lower the barrier of entry to the industry,” said Toresson.

“We are particularly looking to support regions where devs with the experience of managing these sorts of deals might be few and far between when compared to other parts of our industry – basically, where knowing someone who has this knowledge is rarer, perhaps based on language, geographical or other barriers to access.”