Its games have been played 145 million times 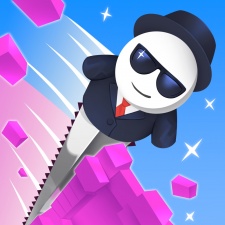 As reported by VentureBeat, the Russian publisher has not only racked up a monthly income of $1 million, but its library has also been played 145 million times since its inception nine months ago.

Moreover, Ducky's titles have picked up 25 million downloads across key markets such as the US, Japan, China and the UK.

Since its inception, the team at Ducky has grown to 11 people with the intent of hiring more people in the future. However, its co-founders, Alisher Yakubov and Ivan Fedyanin, would rather the team remained small and efficient.

"We may hire 10 to 20 people globally in the next year, but we want to stay small and fast," said Fedyanin.

In its nine months, Ducky has tested over 300 games for developers. Should a game prove to be a hit, the company will invest and take a 50-50 profit share.

"Our killer feature is being lightning fast," said Fedyanin.

"The developer gets results for a video in 24 hours. We don't have a lot of time to get the data. But the developer can get results quickly and stay engaged with the idea.

"This is important with creative people. If they abandon an idea, they don't put their souls into the game."