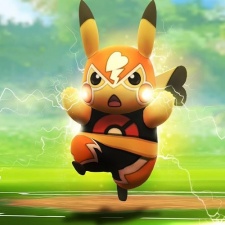 Singer Katy Perry is set to collaborate with The Pokemon Company to celebrate the franchise's 25th anniversary.

The pop artist has teamed up with Pokemon for a new music program with Universal Music Group. However, details on the collab are yet to be revealed.

"I love being a part of anything that is playful and is good storytelling and has really good messages to share with the world," said Perry.

"Now having a child myself, I understand that it's so important to play. This is a continued extension of who I am."

It would appear that the singer has a special place in her heart for Pokemon, particularly the hugely popular Pikachu.

"I'm really attached to the hero. I know there are others in the game, but I just found Pikachu to be really cute," said Perry.

"I understand the story of Pikachu. On the surface, you might just think I'm just cute, have a couple of cute songs. But if you dig deeper, you'll realise 'Chained to the Rhythm' is not just a fun little song."

Currently, the world is facing uncertainty as the coronavirus continues to wreak havoc globally. As such, many are in mandatory lockdowns with a need for entertainment.

Through her new partnership with Pokemon, Perry hopes to bring a little joy to everyone in 2021, be they, children or adults.

"In this moment of unknown, there are dependable places and characters and institutions and people, and I hope I can be one of them," said Perry.

"That's what I hope for in my personal self, and even in my involvement with this collab."

During its 25 years, the Pokemon franchise has entertained millions of people worldwide across multiple generations.

Not only has there been numerous TV shows and movies, but there are plenty of games to go around too. From handheld games such as Pokemon Yellow, to console titles like Pokemon Stadium and most recently, Pokemon Sword and Shield.

Sword and Shield proved to be hugely popular as 1.3 million copies were sold in Japan within three days of launch.

However, there have been numerous Pokemon titles on mobile devices too, the most popular of which is Pokemon Go.

The augmented reality title has performed well since its 2016 launch, having broke $4 billion in lifetime revenue last year.