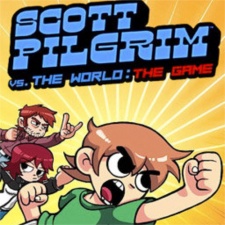 As detailed on Twitter (below), 25,000 copies were sold in less than three hours, though this number quickly rose to 45,000 over the weekend.

"Thank you so much for your support in making this our biggest release of all time," said Limited Run Games owner Douglas Bogart.

Limited Run is accepting pre-orders for Scott Pilgrim, on both PS4 and Switch, until February 28th. Moreover, there are three versions of the game available, the standard copy is $34.99, the classic edition is $54.99, and the KO version is $139.99.

Originally, Scott Pilgrim vs. the World: The Game was released in 2010, for the Xbox 360 and PS3, having been developed by Ubisoft. However, in 2014, the game was delisted.

The re-release digital version of the title is available on PS4, Xbox One, Nintendo Switch, Amazon Luna, PC and Stadia.

Ubisoft CEO: Nintendo Switch could redefine we the way we play games