The first game from the franchise for smartphones 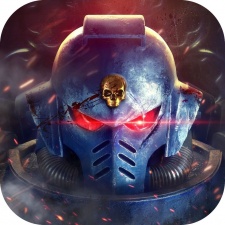 The hugely popular Warhammer 40K universe has made the leap onto mobile devices.

Warhammer 40,000: Lost Crusade is the first game in the series to be developed for smartphones.

It was created through a collaboration between Warhammer creator Games Workshop and publisher Nuverse.

Lost Crusade features the real-time combat that fans of the franchise have come to know and love. The strategy title features PVE combat that will require skill tactics to claim victory.

Naturally, there are also player-vs-player elements available for those that like to get competitive.

In Warhammer 40,000: Lost Crusade, players will take command of the Primaris Space Marines. As such, they will need to unlock and upgrade new heroes and troops.

As players build bases, they will be able to unlock new technologies and soldiers for their armies, including fan-favourites such as dreadnoughts, intercessor squads and repulsors.

Currently, Lost Crusade is available on both Google Play and the App Store.