To educate the youth on protecting the ozone layer 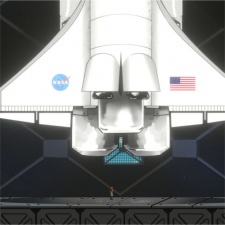 The United Nations is set to launch a new game and film as part of World Education Day on January 24th.

The project, dubbed Reset Earth, will be a year-long initiative to educate the younger generation on the importance of protecting the ozone layer.

However, the project will only see the release of the movie on World Education Day. The film is set in a dystopian post-apocalyptic world in 2084, where the ozone layer has been destroyed.

Meanwhile, the game will be released on February 10th, for Android and iOS devices. The mobile title will follow the same storyline as the film, as players are tasked with solving puzzles across four levels.

"It must be a continuous effort by us and by future generations. If our children learn about the grim consequences of a ruined ozone layer through a fantasy cartoon and game app, they will be aware of its importance and protect it.”

Xsolla partners with GamesForest.Club to help preserve forests in Germany and Peru