Permanent bans could be handed out 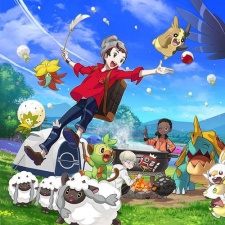 The Pokémon Company will crack down on Pokemon Sword and Shield players that are using illegally altered data.

As detailed in a site update, the use of modified data not only has a chance to create bugs within the software, but can also impact the experience of other players.

Moreover, it is not just the Switch games that are seeing this issue, as some Pokémon Home players are also using altered data.

As a result, The Pokémon Company has claimed that it will restrict online play for Sword and Shield, for those using modified data. Moreover, players will be unable to transfer Pokémon from Pokémon Home to the Switch titles.

Furthermore, the company may suspend the use of Pokémon Home on both Nintendo Switch and mobile devices. The Pokémon Company claimed that bans could be for a limited time or be put in place permanently.

However, regardless of the ban length, there will be no refunds granted. To top it off, the company will continue to monitor the situation and implement tougher restrictions.

Pokémon Home was launched in February 2020, and it managed to generate $5.5 million in revenue within the first six months, though $2.6 million of that was earned in the first month.