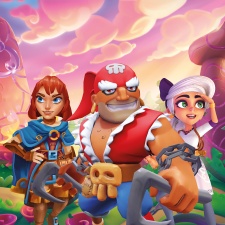 Free-to-play games specialist Huuuge has published its prospectus as it prepares to launch its initial public offering.

Moreover, the IPO will consist of 15 million newly issued shares in the company, as well as the sale of up to 18.3 million existing shares. A maximum price of PLN 50 ($13.33) has been set for each share.

From the offering, Huuuge expects to raise about $150 million from the sold stock. Overall, given the maximum price tag, the IPO could reach a value of PLN 1.5 billion ($400 million), which would be the biggest to be seen via the games sector on the Warsaw stock exchange.

The IPO was confirmed to be happening earlier this month. However, Huuuge initially filed a prospectus for a potential IPO back in September 2020.

"Mobile games are the fastest-growing segment of the gaming market, with huge growth potential driven by the increasing penetration of smartphones and the introduction of 5G networks," said Huuuge CEO Anton Gauffin.

"The innovative play-together experience offered by Huuuge, which foregrounds social aspects, engaging competition in real-time and interaction with other players around the globe, are the central element of our approach.

"Combined with data analytics and personalised marketing, this enables us to acquire, retain and deepen our player relationships, achieving the highest revenue per daily active user in the social casino segment. Raising funds from the offering will allow us to accelerate our growth in line with our Build & Buy strategy.

As for what Huuuge plans to do with its forthcoming funds, the company intends to use the vast majority of it for business opportunities such as acquisitions and investments. However, the remaining cash will be used to fuel long-term growth.

"We intend to use 90–95 per cent of the proceeds for acquisitions and investments in other companies or assets of companies which complement our offer or competencies. We have identified about 60 potential acquisition targets meeting our criteria," said Gauffin.

"Ten of them are on our shortlist, and we are actively analysing about five of them. I believe that the best is yet to come for Huuuge, and we want to invite new shareholders to join this new stage of growth."