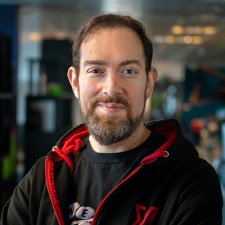 RuneScape developer Jagex has said that Plutos Sama Holdings' claims that it is the company's true owner are "meritless."

As reported by GamesIndustry.biz, the private equity firm has filed a lawsuit against Jagex and Shanghai Hongtou Network – one of the RuneScape studio's previous owners - in the US District Court of California on January 21st, claiming that Plutos Sama is in fact the true owner of Jagex. This comes in the wake of news that investment giant The Carlyle Group had bought the RuneScape maker for an undisclosed sum, which broke earlier this week.

"We can confirm Carlyle has acquired Jagex regardless of any claims made by third parties in relation to the deal," Jagex boss Phil Mansell said.

The outfit claims that Shanghai Hongtou's sale of Jagex to Macarthur Fortune Holding in April 2020 was unlawful. Plutos Sama alleges it won an auction to buy Jagex via its Platinum Fortune fund, even citing a press release from Shanghai Hongtou in its lawsuit. The private equity firm also claims that Shanghai Hongtou was involved in a lending scam in China, which was why it sold its stake in Platinum Fortune to MacArthur. This is how Jagex ended up being bought by Macarthur Fortune Holding.

Plutos Sama has tried to acquire Jagex since, taking the company to court in the UK. This resulted in a court saying that Platinum Fortune could not sell or otherwise pass on Jagex shares.

A spokesperson for the RuneScape maker said that: "The allegations are meritless in all respects, and we will deal with the situation accordingly."

RuneScape dev Jagex has been acquired by The Carlyle Group