The studio will set up shop in San Francisco 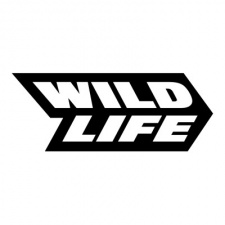 The studio, named Never Forget Games, will be headquartered in San Francisco. It'll use Wildlife's existing platform to develop and publish independent titles.

"We're bringing together superstars to push the boundaries of creativity and fun with the formation of Never Forget Games, building unforgettable gaming experiences," said Mazza in a statement.

Duke added: "Ray and I had a lot of choices when deciding who to partner with for our next endeavor. Wildlife was perfect because we have full creative control without any of the headaches of starting our own company. We get to focus on what matters: making games."

Mazza is known primarily for his work on The Sims at EA, as well as the development of Merge Dragons! which is now under the Zynga umbrella. Duke was a senior producer on The Sims 4.

"We want to be the company that honours talented game creators the most, and that makes it easier and faster for them to create the games that will mark our generation," Wildlife CEO Victor Lazarte added.

"We are investing in our publishing infrastructure, enabling developers to concentrate solely on making great games."