Bethesda co-founder and CEO Robert Altman has passed away

No cause of death has been given at this time, Altman was 73 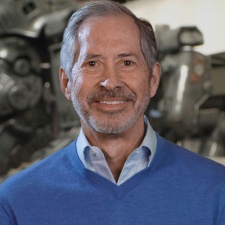 The CEO and co-founder of games giant Bethesda Robert Altman has passed away.

The firm revealed the news on Twitter, saying that it was "deeply saddened" by the passing of its top exec. No reason was given for his death.

"I know many are shocked and saddened at the news of my father’s untimely passing," his son and director of Bethesda's publishing operations James Altman wrote in a post on the company's website.

"I believe myself deeply fortunate that I had a father as special as Robert Altman. He and I had, perhaps, an unusually close relationship. He was a caring father that, over time, became as much a close friend as a father and mentor. And in the last few years of his life, I had the privilege of working alongside him at ZeniMax.

"Everyone knew him as our Company leader – the man who set our strategic vision and core principles, who gave our State of the Company address every December, who sent out congratulations to a studio on a game release, or the man who tried to maintain a sense of community by writing weekly emails while we were all locked down at home."

Taking to Twitter, Xbox boss Phil Spencer added: "I am incredibly saddened by the news that we have lost an industry icon, partner, and close friend Robert Altman. Sending love and strength to his family and all the teams at Zenimax/Bethesda during this very difficult time."

Robert Altman was born in 1947. Our thoughts are with his family at this time.

Quakecon at Home raises more than $30,000 for charity