"There is pretty much only benefits to bring it to mobile" 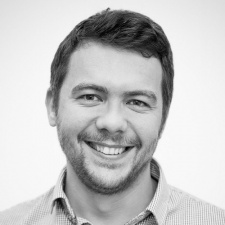 Any Nintendo Switch game that has good performance can practically be brought over to mobile, according to Playdigious CEO Xavier Liard.

The comment was made during Liard's talk at PGC Digital #5 on the 'Pros and Cons to Bring a PC/Console Game to the Mobile Space', where he was discussing whether the technicalities of a port are actually possible. Game size was another factor with a suggested size of below 250Mo for best results, while developers are best to not exceed 1Go altogether.

Founded in 2015, the Paris-based publisher is best known for working with indie games such as Dead Cells, Evoland and Dungeon of the Endless. The studio's members have 13 years experience in the industry, working on Final Fantasy VII for Steam/PS4 as well as Metal Slug for iOS/Android/Steam.

The roguelike action platformer Dead Cells was used as a prime example throughout the session, explaining how the team at Playdigious convinced creator Motion Twin to port the game over. The concern stemmed from memory issues and too many buttons, so the former created a prototype to prove it was feasible.

"If you can get an Apple Arcade deal sync, then launch - otherwise wait for 12 to 18 months," said Liard, when talking about the best time to release.

Adding that: "If your game is popular and it is technically possible, there is pretty much only benefits to bring it to mobile".

Cost was another issue delved into, with a recommendation of $9.99 being the top price point, even if this creates a big difference between the PC/console version and mobile. A low price point of $3.99 or below is also worth avoiding, according to Liard.

Some time was then given to the prospects of launching in China, as the country now makes up 30 per cent of revenue. However, developers need to be aware that teaming up with a local publisher to apply for government approval is a must and that only 100 foreign games were approved in the whole of 2020.