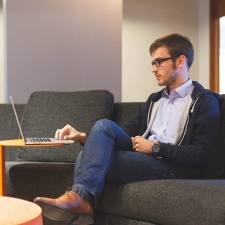 "It's never too early to show a publisher a game," according to JoyPac senior publishing manager Vivian Dong.

While approaching a publisher early on was never found to be an issue, reaching out too late can have the opposite effect.

A big part agreed between the group was to make sure you have something playable, whether that's a full demo or just a "vertical slice" of what the full experience will be. Specifically for hypercasual titles, Dong believes an early prototype can go a long way, with day one retention data just as beneficial.

Kickstarter was another tool mentioned by Glenn as a great way for providing KPIs, or alternatively having a Steam page to pull from.

"This is going to be two to three years of life, so you have to make sure you are happy with your deal," said Wertheim, when touching on the importance of negotiating a contract.

Chris Taylor (who possess 15 years experience as a lawyer) added that: "There isn't a standard position as every publisher has different services and offerings."

Negotiation is a key part of this and was advised by the panel that it is worth questioning everything - including, weighing up the offering, deciding whether it will motivate the team, alongside looking into the net revenue terms. Checking how this works in the long-term could be vital as if the game is very successful it could lead to spinoffs, merchandise and more.

Additionally, Wertheim shared a tip for in the premium console/PC space, saying that there is always a good reason "to have a publisher on board", as self-publishing brings its own set of challenges and a studio simply wants to just focus on the core development.

As part of our series on financing your indie games development studio, Game Dragons consultant Philip Oliver detailed how to structure an investment deal.