PGC Digital: using the games as a service monetisation approach 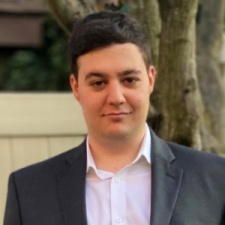 Monetisation is and always will be a crucial part of the mobile games industry, but new methods continue to appear as time goes on.

"Gaming as a service is a pretty new monetisation model for the industry. It has only manifested itself over the last decade," said Stefanidis.

Typically, a game as a service title tends to be free-to-play, though they are followed by DLC or microtransactions. Moreover, the lifespan of games can be prolonged should this method be utilised.

"The model has extended the lifespan of triple a game significantly," said Stefanidis.

Before the PS2, Xbox and Gamecube, all games were on discs or cartridges. However, over the years, digital options became available, which go hand in hand with microtransactions.

For so long, bandwidth was simply not strong enough to download expansion packs and DLC. However, that has since changed.
The first microtransaction came in the form of in-game armour for Oblivion, in 2006, courtesy of Bethesda.

"It was an experiment" according to Stefanidis, and while people parodied it, Bethesda did get the ball rolling for microtransactions.

A couple of years later, the App Store was launched, and the microtransaction model was rapidly introduced as in-game currency such as gems could be purchased. Another example is the removal of ads, as developers charged a one-off fee to remove them permanently. Both practices are still used.

On PC, Valve began to introduce the world to loot boxes, outside of mobile devices at least.

The economy grew so quickly that Valve went on to monetise the transactional element through the steam community market. A place where players could sell items that they have acquired in different games.

"It paved the way for developers and publishers to see how lucrative this model could be," said Stefanidis.

For each sale in the Steam community market, Steam takes a five per cent cut, while publishers get a 10 per cent cut of the sales. In some cases, Valve may take a 15 per cent cut should the sold items be from one of its games.

GTA V is the perfect example of a game that has chosen to take the microtransaction store route as players can kit out their characters.

Meanwhile, there are a range of games that have chosen to utilise loot boxes; it is particularly popular among sports titles such as FIFA. Essentially, it can work as a pay to win method for players to ensure they always have the best players for each position.

However, loot boxes have been heavily scrutinised in recent years.

Finally, Fortnite is the perfect example of a title using the Battle Pass monetisation method, as there is no pay to win aspect and all items are cosmetic. If a player is dedicated, they will buy the Battle Pass each time a new season starts.

Cyber Monday deal: Get 30% off all our upcoming events!