"In 10 years, you won't even think about a platform" 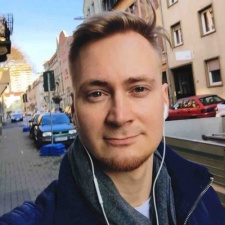 With discoverability still the number one challenge facing mobile game publishers, any chance to go cross-platform should be taken upon.

This was the message delivered by Xsolla interim director of business development (Europe) Miikka Luotio, during his talk at PGC Digital #5 on 'Finding New Audiences for Your Mobile Games'.

With 16 years of experience, Luotio presented an analysis of different platform audiences (web, PC and console) and how they correlate with those on mobile to help studios decide if they should take their mobile game to a different platform.

A number of the top-grossing mobile titles of 2020 (via App Annie) with cross-platform versions were highlighted early in the talk, such as Roblox, PUBG, Candy Crush Saga, Genshin Impact, Fortnite, Gomescapes, and more.

A solution explained to help with discoverability was said to be by expanding to more platforms and diversifying market spending, Another challenge commonly encountered is scaling through the App Store, with an alternative of selling game content directly to players, which can be done through a web-based option cited.

"For web games, it's important to remember that the cost per acquisition is really lower versus mobile, so it's cheaper to acquire users as there are no downloads," said Luotio.

"PC may be the best [platform] for player immersion but the expectation is so much higher, so that's something to consider," he added.

Making the jump from mobile-to-web can bring a host of benefits (according to the interim director), including early market testing, the "bleed effect" that can boost a studio's mobile counterpart, as well as retargeting your most popular players.

Furthermore, Luotio finds that for every one dollar earned from a mobile game, studios can expect an additional 0.20 cents from their web version.