The platform is utilised by over 2.5 million apps and games 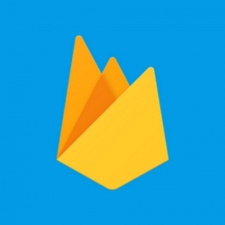 Google Firebase is utilised by over 2.5 million apps and games globally with the service continuing to grow yearly.

The benefits of the platform were shared in detail by Google Firebase developer advocate Patrick Martin during a keynote at PGC Digital #5 on 'Firebase: The Power of Google in the Palm of Your Hand'.

Launched in 2011, before being subsequently acquired by Google three years on, Firebase is a platform of tools and cloud services that look to solve three "core challenges" faced by game developers.

The first established is to help build games faster with fully-managed backend services. The second is to release higher quality games with confidence through testing and monitoring, while the third is to engage players effectively with better insights and experimentation.

"If a player exhibits a play pattern in the first week that looks like a player that would spend money in-game, you might rearrange your store so you have fewer incentivised ads and more 'spend a dollar to earn currency' transactions", explained Martin on one of several benefits that the platform could provide.

The platform boasts a range of different partners across gaming and otherwise, including Gameloft, Venmo, The New York Times, Duolingo, Lyft and Alibaba.

Google Firebase can be accessed across iOS, Android, web, C++ and Unity. To find out more, you can head to the official site. Note: Google is a sponsor at PGC Digital #5.

Google more recently announced that it would be no longer produce exclusive content for its streaming service, Stadia, after decided to close its first-party development studios.

Google Play commission to lower to 15% for first $1 milion

My.Games partners with Google for a new accelerator programme