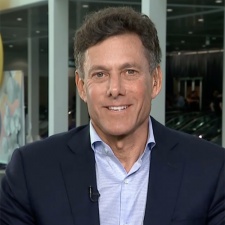 The CEO and chair of US publishing giant Take-Two Strauss Zelnick (pictured) said that it lost out on the potential acquisition of Codemasters due to its "discipline."

Answering a question from a financial analyst – as transcribed by The Motley Fool – the exec said that it was "disappointing" that it lost the UK racing firm to fellow US games giant Electronic Arts, but says that its discipline serves it well.

Take-Two announced in November 2020 that it intended to buy Codemasters for £759 million ($994m) follows rumours to that effect. The following month, however, EA outbid Take-Two for the racing specialist, saying it would pay $1.2bn for Codemasters. Take-Two opted not to issue a counter-offer.

"We lost the Codemasters deal to our friends out West," Zelnick said.

"That was disappointing but reflects our discipline in such matters. So, there is an awful lot going on. I tend to agree that pricing can be pretty heavy and we have a stated strategy and a disciplined approach.

"It served us well. We have yet to make an acquisition that hasn't worked out. We're looking for great teams, great intellectual property, and for an arrangement that would be accretive to shareholder value. And we'll look for that and at times aggressively, but we have sort of from -- we have a firm grasp on a hand calculator in one hand, and on our approach strategy and tactics in the other."

Codemasters agrees to sell to Take-Two