Sony to shut down Toro and Friends: Onsen Town

"We would like to express our deepest gratitude to all our players who have supported us so far. We will try our best to come back with a better game and with better service" 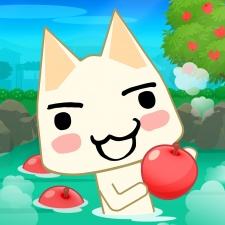 Sony has decided to shut down its match-three puzzler Toro and Friends: Onsen Town.

As detailed in a statement on Twitter, PiG Corporation and ForwardWorks - the latter owned by Sony - have made the decision less than one year after the game was released worldwide.

Originally, the Toro and Friends: Onsen Town was released in Japan for mobile devices in October 2019. The game will be shut down on April 12th, 2021.

"First of all, we would like to apologize about suddenly delivering sad news," reads the statement.

"Our team wished to provide a positive experience for our players for a longer period of time, but after difficult discussions, we have decided we can no longer provide consistent updates and maintain Toro and Friends: Onsen Town.

"We have decided to terminate service for Toro and Friends: Onsen Town on April 12th, 2021."

After February 10th, players will no longer be able to make in-game purchases, and downloads for the title will cease.

Furthermore, as of April 12th, the game will be shut down permanently with the shutdown process beginning for its Facebook page too. Closure of its social media page is expected to be completed by May 10th, 2021.

The statement continued: "Although Toro and Friends: Onsen Town will no longer be available for play, we hope that we have provided all our tourist ambassadors with great memories and a fun experience.

"We would like to express our deepest gratitude to all our players who have supported us so far. We will try our best to come back with a better game and with better service."