"It's really important to understand the overall impact of your event" 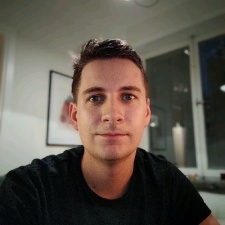 "You can't have Christmas once a month, but you can understand it."

This was the message shared by King Business performance manager Luke Jackson during a session at PGC Digital #5 on 'Lessons Learnt Running Live Ops'. The bulk of the talk focused on a number of lessons to be aware of, pulling from Jackson's experience with free-to-play casual games.

"Understand why unique events work to help you create new ones. Understand the impact to ensure you focus on developing the right things," said Jackson.

It was recommended to keep events fresh and create mechanics that do similarly where possible, yet try not to give yourself too much work.

"It's really important to understand the overall impact of your event," explained Jackson.

"Did you actually do something amazing with your event that helped drive engagement?" he added.

When running a specific event, it was advised to always start at 09:00 in the US and 17:00 in the UK, as this has found to be the most valuable time globally.

Although, it was further advised the developers should always prepare for the worst by assuming it will happen. An example of this given was mitigating against risks by adjusting an events/release schedule to ensure your account for operations dependencies.

Jackson joined King in 2014, previously working on Farm Heroes Saga and Candy Crush Friends, alongside a number of soft-launched titles that never made it to full release.

King President Humam Sakhnini recently confirmed that Crash Bandicoot: On the Run will launch in March on mobile devices.