PGC Digital: The benefits of adding a social influencer to an esports roster

"There are not enough negatives to outweigh any of the positives" 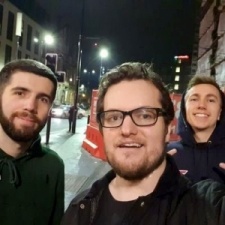 As the esports landscape continues to thrive and grow, there is no denying the value that an influencer can bring. However, the positives come the negatives.

The influencers that Sturt is discussing are those that have built a social presence through their personalities, as opposed to the use of their gaming skills.

When it comes to esports, it is unable to replicate the family side of loving traditional sports, and the local side also does not apply. For example, a football fan will support their hometown team.

Due to esports still being in its infancy, it is unable to replicate all that real-life sports can offer.

By 2023, it is expected that there will be 646 million people tuning in to watch esports, through both casual viewers and enthusiasts.

There are two kinds of casual viewers. One will tune in and out of esports while the other will watch a specific game due to the gaming influencer that is playing it.

An example of an influencer bringing popularity to a game is Ninja, as he aided Fortnite in growing its audience. He is a rare influencer in that he has both the personality and the skill to attract viewers.

Esports professionals aim to be good at a game, whereas gaming influencers are all about personality, which is more attractive to casual viewers than skill. However, character is becoming more prominent in competitive gaming, even though it still takes a back seat.

"An esports influencer is primarily focused on being great at the game," said Sturt.

A social influencer has a primary aim to be entertaining, thus making them a good choice for branding when it comes to PR and marketing. Most of the time, a viewer will feel more connected to this sport of influencer, as opposed to a pro gamer.

"The value of engagement to brands is huge because it impacts the bottom line," explained Sturt.

"There are not enough negatives to outweigh any of the positives," said Sturt.

However, perhaps there could be a cost problem as social influencers tend to cost more than that of a professional player. But, there could be room to negotiate on a deal, though "this does not mean they are bad value for money."

Unfortunately, there can be negative connotations for YouTube groups, "more specifically, on their mainstream members."

Finally, an esports player could well believe that a social influencer is taking away from them and their skill, as they got into the pro scene to win competitions.