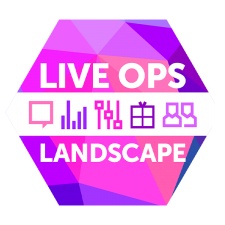 Being able to react to live ops is a key part of understanding the process, according to Square Enix director of product and live ops (mobile) Albert Custodio Martinez.

"When building a game, I feel the very first point is: what is the creative vision and how can it be supported over five-years?" said Karstaedt.

Murray pointed out that: "It's worth considering the balance of spending over a player's lifetime."

A major part of live ops is the cost, which some developers may be unaware of going into their first title. This was explained by Martinez, stating that it can account for approximately "50 to 60 per cent of the revenue" on a project. There were even instances in their experience where this number rose to as high as 80 per cent.

Later on in the panel, the topic of reacting to live ops was addressed in full, with Schrijvershof explaining that there are simply some things that you can "never prepare for" in a live environment.

An example was shared by the GamePoint manager, where the temperature dropped much lower than normal in Holland and as a result, lakes froze across the country with a big portion of players going ice skating that day.

The team responded by sending out notifications on an evening, as opposed to during the day which they had been doing prior. The group also cited the ongoing pandemic and how no one could predict the effect it has had.

Other tips shared were the use of player feedback and how embedding yourself within that community can help a studio to understand their game better than ever. Murray recounted a time where someone from their development team actually infiltrated a guild to obtain honest feedback.