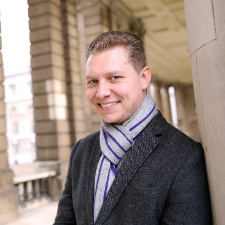 Nintendo will not deal with Switch games that fail to reach a 70 per cent or higher Metacritic score when it comes to promotion, according to Greenlight Games CEO and founder Dean Day.

The information was shared at PGC Digital #5 as part of the Big Screen Gaming track, where Day discussed the background of physical publishing for the Nintendo Switch. Another metric that is taken into account (or combined with an already existing Metacritic score) is a rating from Nintendo Life.

"So, you generally get two weeks of featuring on Switch once you launch, or at least being close to the homepage on the store," Day told attendees.

"Then you drop off and go into the categories, and it depends on your rankings and other variables that they don't want to share with us yet."

Greenlight Games launched Table Top Racing: Nitro Edition on Switch in May 2019, however, struggled with reviews due to the £24.99 ($29.99) price point. This resulted in a Metacritic score of 68 which prevented the company from promoting the game.

Later in the presentation, Day addressed the main topic of publishing physical games on Switch and how they can gain traction through word of mouth, though warned that it's not a "golden goose" as some may believe.

"It's more about having this on someone's shelf so that they are aware of it and see it, [rather] than making huge money from the physical side," he said.

"It's the eShop where we try to seize the money from for revenue."

For Home Sheep Home: Farmageddon Party Edition (starring the popular children's character, Shaun the Sheep), the studio worked with stores like Asda and Tesco where they would be sold in bulk at £10 ($10). While this only made the studio approximately $1 to $2 in revenue, the game would sell very well due to people looking for gifts or buying a cheap experience for their kids.

Nintendo generated $13.4 billion in net sales for the nine months ending December 31st, 2021, as the console continued to perform beyond expectations.