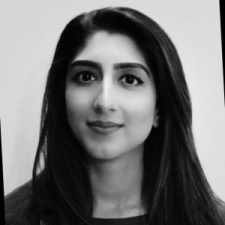 There is no denying the impact that an influencer can have on the popularity of a game.

As part of Pocket Gamer Connects Digital #5, we held a panel on should more games be designed with influencers in mind from the start?

"As each year passes it has become more imperative for influencers to be involved at each stage of a game," said Sturt.

These days, more creators are switched on to development. As such, the right influencer can be just as helpful while developing a game should they be passionate enough about the project.

"It is very evident how important influencers are," said Usama.

She used Among Us as an example, given the game was first released in 2018 yet it boomed in popularity last year as more influencers played the game.

However, Usama pointed out that these content creators are not the be-all and end-all "games can still be successful without them."

"Some genres of games are affected massively by influencers," explained Antoni.

It is worth seeking out the correct influencers. For example, should you be creating a card-based esports title, then communicating with Hearthstone streamers could be extremely helpful, whereas an RPG specialist is less desirable.

"Unless an influencer is a game designer or developer, they should not be involved at the beginning at all," said Usama.

She explained that there could "be too many cooks in the kitchen," and rather that they should be brought in at the soft launch stage.

It is a sentiment that Sturt shared. However, he claimed that having an influencer around as a consultant from the beginning could be beneficial.

There are many factors to consider when deciding upon bringing in an influencer.

"I wouldn't alter the core value of your game for an influencer," said Sturt.

However, he said that making slight tweaks to suit an influencer better could be beneficial. But the core values must remain, and a developer needs to stay true to their vision.

"The value of influencers is still understated in gaming," said Sturt.

As Usama explained, there is no need for a developer to alter the target audience, rather they should continue to aim at a range of players to achieve their vision. Essentially, do not change the core of your game.

A developer should not give up their vision to suit an influencer. However, the right content creators are out there, and a slight tweak can be beneficial to all involved.

"The journey of the user can be influenced," said Antoni.

Markkanen went on to say that a developer can increase influencer uptake when deciding upon what game they are creating.

However, some things will deter an influencer, such as copyrighted music.

It is important to have someone dedicated to influencer marketing, rather than putting it in with traditional marketing.

"It is best to have a dedicated person to take care of that," said Markkanen.

However, whether or not influencer marketing will prove to be more useful can come down to what genre a game falls into.

"Influencers are a louder voice within your target market," explained Usama.

In essence, you need to approach them differently, despite them being part of the same world.

When it comes to content creators, smaller influencers can sometimes be the better option, instead of those with millions of followers.

"Everyone needs to be taken into consideration depending on a number of factors," said Sturt.

However, the bigger influencers cannot be ignored, though unless a developer is triple-A, it could be harder to get in touch with a content creator.

"The little guys can be your bread and butter for years to come," said Markkanen.

PGC Digital #5 will run from February 8th to February 12th. To keep up to date with all of our coverage, check out the roundups here. There's still time to sign up - to find out more and book a ticket, head to the website`.

PGC Digital: The benefits of adding a social influencer to an esports roster