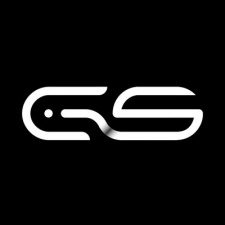 The first of which is with Slovenian provider Telekom Slovenije, who has launched a white-labelled version of Gamestream's platform, known as NEO Gaming.

As such, Telekom Slovenije customers will get access to more than fifty console games, including LEGO Star Wars III - The Clone Wars.

"We cooperate with best and most advanced content providers, and that is the reason we have chosen Gamestream," said Telekom Slovenije B2C director Samo Ošina.

"Gamestream has best-in-class cloud gaming technology, with experience on mobile and fixed networks based on collaboration with innovative telecom operators.

"We are convinced that Gamestream's cloud gaming solution will help Telekom Slovenije maintain its position as an innovation leader, and accelerate its growth in the media and entertainment segment."

The second partnership has been formed with French telecommunications operator Bouygues Telecom. Through the collaboration, the company has launched Pleio, a new consumer cloud brand to be operated by Gamestream. However, the brand itself was established by the cloud gaming firm.

"The Gamestream telecommunications partnership network continues to expand at a rapid rate across the globe with the onboarding of Telekom Slovenije and Bouygues Telecom, both of which are market leaders," said Gamestream CEO Ivan Lebeau.

"Gamestream is a proven commercial success in the telecoms industry, enabling organisations such as Telekom Slovenije and Bouygues Telecom to deploy best-in-class cloud gaming solutions that offer their valued customers access to iconic international content for families and casual gamers.

"Our most recent partnership with Telekom Slovenije offers its customers high-performance cloud gaming experiences and unlimited access to over 50 titles playable on family TV screens in UHD. In less than two years, Gamestream has risen to become a world leader in videogames cloud streaming solutions for the B2B market."

Earlier this month, Gamestream formed a partnership with Chunghwa Telecom to launch an iOS cloud gaming app in Taiwan.