Announced as part of the latest Nintendo Direct 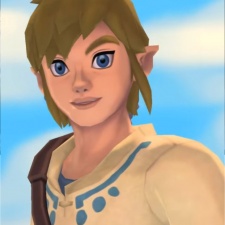 Nintendo held its first major Direct event in what feels like forever.

Last night, there were many big announcements during the 50-minute showcase, suffice to say that 2021 is set to be a big year for Nintendo Switch owners.

In the run-up to last night's Nintendo Direct, many were speculating on what could be expected, especially since The Legend of Zelda franchise celebrates its 35th anniversary this year.

Until the showcase, Nintendo had remained tight-lipped about any celebrations plans.

The Legend of Zelda: Skyward Sword HD will make its way onto Nintendo Switch on July 16th, 2021. However, that is not all, as Nintendo will release limited edition Joy-Cons to match the remastered title.

It may come as a surprise for some, given many had hoped to hear more about Breath of the Wild 2. Though rest assured that more information will be unveiled later this year.

Meanwhile, an expansion pass is being introduced to Hyrule Warriors: Age of Calamity. Split into two sections, the first batch of content will be released in June, while the second half will come in November 2021.

Hyrule Warriors: Age of Calamity has become Koei Tecmo's best-selling Warriors title, with 3.5 million copies having been sold as of December 31st 2020. However, three million units were shifted within four days.

Another major announcement from last night - and the closer of the show - was Splatoon 3.

Players worldwide can jump back into some paint-filled battle action in 2022. Arguably, Splatoon 2 is one of the most popular titles on Nintendo Switch.

As such, fans worldwide rejoiced at getting a first glimpse of the new trailer, and as expected, chaos and mayhem ensued.

Upon its release last summer, Fall Guys proved to be a huge hit with its unique take on the battle royale genre.

Currently, the game is only available on PlayStation 4 and PC, though it did inspire a clone title that was developed for mobile devices.

A Nintendo Direct showcase would not be complete without some sort of Mario announcement.

However, fans worldwide may have been surprised - except for our features editor, Matthew Forde, who totally called it - when Mario Golf: Super Rush was announced.

There will be a story mode for players to beat, in which they will play as their Mii character. What's more, is they will be able to use the Joy-Con as a motion controller for an authentic feel.

Mario Golf games have appeared on a number of Nintendo consoles, including the N64, Gamecube, NES and 3DS.

Fans of the long-standing sports game will be able to tee-off on June 25th 2021.

Speaking of Mario, if Animal Crossing: New Horizon players were looking for a new reason to go back to their islands, the new items based on the Italian plumber could be a good incentive.

A galaxy far, far away

Zynga and LucasFilm Games have also partnered up to create Star Wars: Hunters, a new, squad-based, multiplayer game that will see players band together to battle in iconic Star Wars locations. The game marks Zynga's first dip into the console market.

Moreover, there will be familiar faces in the form of bounty hunters, Rebellion heroes and Stormtroopers.

Star Wars: Hunters will come to Nintendo Switch and mobile devices later this year, and will be free-to-play.

Other games set to hit Nintendo Switch include Outer Wilds, though no release date has been given, it will arrive sometime this year. Currently, the action-adventure title is available on PC and other consoles.

It is time to battle for the neighbourhood as Plant vs Zombies: Battle for Neighborville comes to the platform in March. Originally, the game was released on PS4, Xbox One and PC in October 2019.

Another title coming to Switch, much to the pleasure of established fans, is a Legend of Mana remake, which will hit Nintendo's hardware in June.

As if all that wasn't enough, other titles to have been announced as part of last night's Nintendo Direct include: