Company will be trading under RBLX "on or about" March 10th 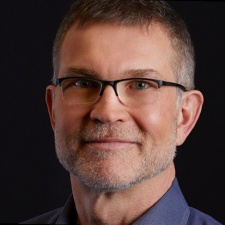 Games creation platform Roblox is finally headed to the stock market at the beginning of next month.

According to an amendment to its S1 form with the United States Securities and Exchanges Commission (SEC), the company's shares will be available on the New York Stock Exchange "on or about" March 10th under the RBLX symbol. Roblox isn't going public via an IPO, but rather is doing what's known as a direct listing. This allows a company to sell stocks directly rather than going through a lot of intermediaries.

Companies doing this don't need to register with the SEC, but of course, Roblox has already done this.

Word that Roblox was going public broke in November 2020, following rumours that the firm was doing an IPO the previous month. The company was initially planning on becoming a listed company last year, but bumped its IPO until 2021 thinking that it could raise more money in waiting.

“We’ve decided to take this opportunity to work with our advisers to see how we can make such improvements.”

Earlier in January of this year, Roblox confirmed it would be going public via a direct listing following a Series H funding round – which saw the firm bring in $520 million – that valued the company at a whopping $29.5 billion. That's seven times higher than the $4 billion valuation the firm attracted less than 12 months previously.