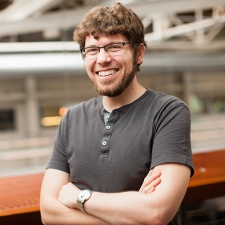 That's according to The Wall Street Journal, which reports that the firm brought in $130 million during 2020, an 188.9 per cent increase on the roughly $45 million that the company reported during 2019. Meanwhile, Discord also has 140 million monthly active users, a figure the firm previously announced in December 2020 when it announced its Series H funding round.

This is partly driven by the COVID-19 coronavirus pandemic, which saw users visiting the platform 707.9 million times in May 2020, up from the 81.5 million it boasted the previous month.

“We really believe we can build products that make Discord more fun and that people will pay for them. It keeps our incentives aligned,” CEO Jason Citron (pictured) said, discussing creating a business that isn't reliant on advertising.

He later added that its Nitro subscriptions that users can buy for servers they like are "almost like giving your friends a group hug or taking them out to lunch.”

At the end of 2020, Discord finished its Series H funding round which valued the company at a cool $7 billion. Since its launch back in 2015, the platform has attracted more than 250 million users.