The first mobile bingo game to have real-life rewards 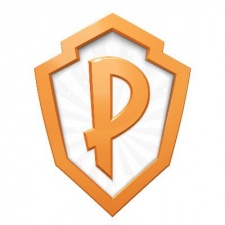 Created in collaboration with Fight Entertainment, the game will see players take to the Las Vegas strip, earn power-ups, complete challenges, and unlocking boxes as they play some bingo.

The power-ups are designed to enhance gameplay, while there are also collectables to be found as well as unlocking various Las Vegas resorts. One aspect sticks myVegas Bingo out from its competitors, and that is the possibility of receiving real-world rewards.

As with any Playstudios title, reward points can be earned and can be redeemed to receive real-life prizes from a range of sectors, including entertainment, leisure and food.

"MyVegas Bingo is an exciting opportunity for Playstudios and our community of players," said Playstudios CEO and founder Andrew Pascal.

"It allows us to build on the success of our flagship myVegas franchise as we extend its signature experience into a very popular new casual game category."

"So, we were thrilled to partner up on the development of a new casual bingo game that combines our experience developing multiplayer social games with their established brands and PlayAwards loyalty program."