Rocket League is racing onto mobile

Rocket League Sideswipe will be relased later this year 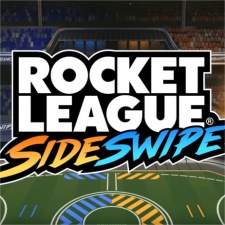 Psyonix is to release a mobile version of Rocket league later this year.

As confirmed via a site update, the Epic Games subsidiary Rocket League Sideswipe will come to iOS and Android devices.

Fans of the car-football game will be familiar with the gameplay, which has been reimagined for mobile devices.

Of course, it still keeps its vehicular roots, though match times will be shorter with a two-minute run-time.

Moreover, the game modes will put players in a one-versus-one or two-versus-two situation. The console version of Rocket League features five-minute matches and can put players in a team of four.

Players in New Zealand and Australia can participate in a limited time Alpha test for the mobile title. However, it is only available to Android users.

"Rocket League Sideswipe will feature mobile controls that are easy to pick up whether you're a master of Rocket League or a new player still learning your way around the field," said Psyonix.

"Plus, there are advanced mechanics, just like Rocket League, for those who want to climb the Competitive Ranks. In the garage, Rocket League Sideswipe will have robust car customization similar to Rocket League."

"Players can also expect an online Ranking system for competitive play. We have a lot more to reveal about the game in the coming months as we get closer to release."

Psyonix was snapped up by Epic Games in 2019, with its flagship title, Rocket League, going free-to-play the following year.