Zynga is one of many partners 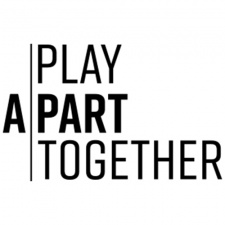 The games industry has recommitted to the #PlayApartTogether initiative that is formed with the World Health Organisation (WHO) one year ago.

Initially, #PlayApartTogether was launched to encourage people to stay home during the COVID-19 pandemic, listening to the advice of WHO.

A large number of games companies are part of the initiative, including some big-name players such as Zynga and PUBG Mobile. Together, firms encourages players to obey the guidelines, such as social distancing and wearing a mask.

Since being introduced last year, #PlayApartTogether has been adopted on many platforms, including mobile, PC and console. Moreover, it has made an appearance through esports and streamers too.

The hashtag has been shared worldwide, across countries such as the UK, Italy, Japan, the USA, Finland and Israel.

"It's overwhelming to reflect upon the last year; the tragedy and loss that has affected so many families, but also the inspiring strength, resilience and perseverance of so many," said Zynga president of publishing Bernard Kim.

"When we first started conceptualizing the #PlayApartTogether initiative, we couldn't have dreamed that it would be so embraced by the global gaming community, with an enthusiasm and commitment that truly made an impact.

"As a return to more normal life is beginning to be within our sights, we are devoted to continuing to use this platform to bring vital information and a supportive community to players.

"We truly make a difference when we work – and play – together."