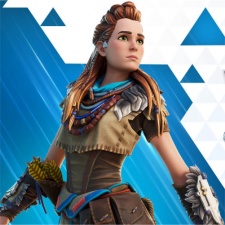 As detailed in a blog update, Aloy will become available in the battle royale from April 15th.

Alongside the Horizon Zero Dawn protagonist, items from the PlayStation 4 title will also be added to Fortnite.

Such items include Aloy's spear pickaxe, shield-weaver wrap and a glinthawk glider. A new heart-rizon emote will also be made available. However, there is an exclusive skin for PlayStation 5 players.

Aloy made her games debut in 2017 and is set to return in the upcoming sequel, Horizon Zero Dawn: Forbidden West.

This isn't the first time that Epic has introduced a PlayStation character to Fortnite.

In 2020, the God of War himself, Kratos, was added to the battle royale.

Moreover, Sony is a strong backer of Epic, having invested $450 million, including $200m as part of themost recent $1 billion funding round.