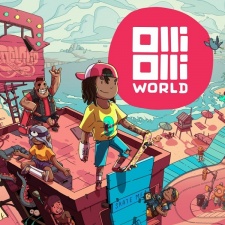 Nintendo has held its latest Indie World Showcase, giving new looks and debuts to 21 games arriving on Switch throughout 2021.

The presentation began with a look at Road 96, a procedurally generated road trip adventure starring a hitchhiker from studio Digixart.

The game is said to be inspired by the works of Bong Joon-ho, The Coen Brothers and Quentin Tarantino.

Aerial Knight's 3D side-scroller Never Yield then followed, which tells the story of Wally who is trying to uncover evidence to change the futuristic Tokyo-style Detroit city where he lives.

Annapurna Interactive then premiered two new titles: Last Stop and Hindsight. The former is a supernatural adventure from Variable State, whereas the latter is a narrative exploration game being developed by Joel McDonald.

Colourful action-platformer OlliOlli World rolled onto the screen next. Roll7's vibrant skateboarding adventure has players venturing out on an "epic road trip" to find the Legendary Skate Gods and become a legendary skateboarder.

Later in the showcase, it was confirmed that 16-bit beat 'em up Teenage Mutant Ninja Turtles: Shredder's Revenge would arrive on Switch, alongside other consoles. The pizza-loving retro fighter is being developed by Dotemu and Tribute Games.

A montage took place near the end featuring numerous titles set for the platform, including: Art of Rally, KeyWe, Labyrinth City, Weaving Tides, The House of the Dead: Remake, Ender Lillies: Quietus of the Knights, Beasts of Maravilla Island and Fez.

Closing out the show, Night School Studio announced an unexpected sequel to critical darling Oxenfree, which is due to be out by the end of the year.

The full list of games shown off can be seen below:

There is No Game: Wrong Dimension (Draw Me A Pixel)

The House of the Dead: Remake (MegaPixel Studio)

Nintendo also announced that an Indie World sale would take place on the Nintendo eShop, offering discounts across numerous indie games up until April 25th, 2021. The list of games on sale can be found here.

Niantic recently partnered with Nintendo once again to develop a new Pikmin AR game. It subsequently soft-launched in Singapore.